If you're a modern video game enthusiast who is new to the concept of retro video gaming, you may be wondering what all the fuss is about. After all, with the plethora of video games available on today's market, it may be hard to understand the appeal of the ones that started it all back in the 1980s. However, the games that were produced back then were of extremely high quality. They were produced by industry innovators who were working hard at building reputations and fortunes as well as by young geniuses who had the creative freedom to let their imaginations fly, and because downloadable content didn't exist during the time these games were created, the developers had to put their all into each new release.

Retro games also feature a clean, easy interface that doesn't overwhelm like some of the graphics used in modern games — after all, it's easier to get lost in the story and feel a true part of the gaming experience if you aren't always trying to keep up with complex graphics. The element of nostalgia is a strong draw as well. If you're thinking of exploring the world of retro gaming, following are five of the best places to begin your journey.

The Secret of Monkey Island

The Secret of Monkey Island is a point-and-click game that came out in the early 1990s. It delves into a rich fantasy world in a vibrant Caribbean setting where the player guides the protagonist through encounters with pirates on far-flung islands, dangerous underwater traps, swordfights with mysterious island princesses, and the quintessential buried treasure. The enjoyment of playing the game is enhanced by the pirate reggae music that weaves its way throughout the story.

Published by Atari Games in 1985, Paperboy is just good, clean fun that lets you discover your inner imp. Players control the paperboy as he cruises along his route using controllers in the shape of handlebars, providing the picture with an extra accent of fun. The paperboy gets to fling papers and otherwise indulge in the sort of subversive behavior real paperboys probably dreamt of but didn't have the chance to indulge in.

Written by a 17-year-old and released in 1983, Chuckie Egg players navigate a henhouse trying to collect as many eggs as possible while avoiding being eaten by vicious hens. It's got eight levels, and when the player reaches the top level, the hens disappear and are replaced by a giant duck. Chuckie Egg was listed as number 13 in Your Sinclair's list of the best 100 video games of all time.

Duck Hunt is another poultry-themed video game that's becoming popular among nostalgia gaming enthusiasts. Introduced by Nintendo in 1984, Duck Hunt is easy enough that it can be enjoyed by younger members of the family, but it's compelling enough to hold the interest of older players. It's premise is simple — the player tries to shoot moving targets in the shape of ducks on a screen.

Silent Hill offers dark melodrama, plenty of resident evil, and imagery straight from the heart of a nightmare. Horror enthusiasts shouldn't miss this one. The fact that Silent Hill's characteristic deep fog was actually a result of the limits of 1990s technology just gives the experience an extra layer of nostalgia. The over-the-top gothic ambiance makes this video game a perfect representation of the mid-1990s.

Please feel free to contact your local retro video game retailer for more information on how to buy used video games online and otherwise enjoy dipping into a past where video gaming was young and fresh. 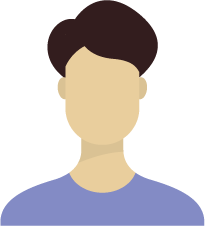